Wealth and investment, and consumer and business lending, are Australia’s two largest fintech sub-sectors according to the ecosystem map released earlier today by the national industry association, FinTech Australia. 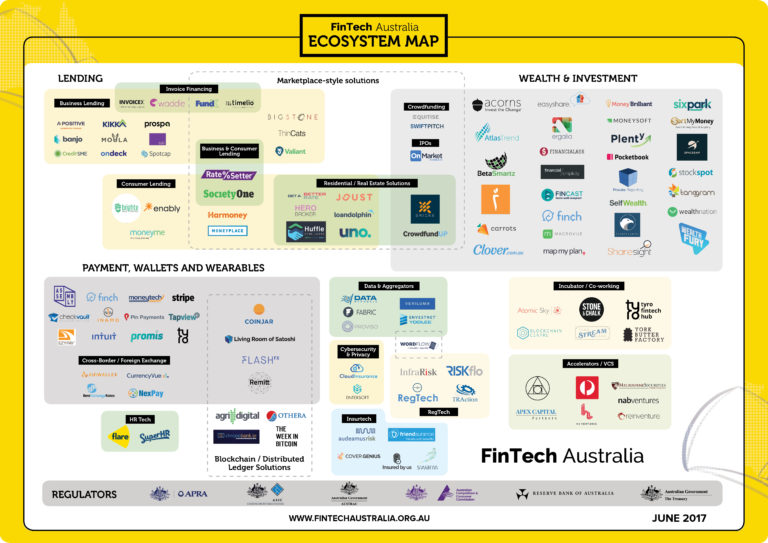 The map, which includes 119 players along with the nation’s key financial services regulators,

Danielle Szetho also pointed out that fintechs operating in the consumer-facing wealth and investment space have already made major penetrations into the Australian market while fintech lenders are rapidly filling market gaps in both consumer and business lending as 20% of small-to-medium enterprises are planning to use non-bank financing, compared to just 10% in 2014:

They are able to operate in spaces that banks traditionally found hard to service, and are now playing a valuable role helping our small businesses to grow, Szetho adds.