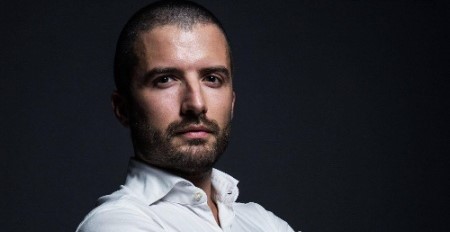 Note of the Editor: This interview comes into a brand-new project by Oliver*| *AllThingsCrowdfunding which aims to make a journey around the world to find out how crowdfunding is evolving according to market players’ views.

When in 2015 Parma Calcio were declared bankrupt and ordered to play in the Italian amateur league gone were the days between 1992 and 2002 when the club won two UEFA Cups, one European Super Cup and one UEFA Cup Winners’ Cup.

In the same year, the leading Italian reward-based crowdfunding platform Eppela hosted a crowdfunding campaign with the aim of getting the fan-base on board of the new project. The new appointed chairman Nevio Scala and his team ended up to double the target amount of 100,000 Euros (£88,095) by raising 238,308 Euros (£209,699).

An informal meeting in a co-working space has recently been Oliver*’s chance to have a chat with Francesco Di Candio, project leader of Eppela, to find out more about the state of the industry in Italy, what the current trends and challenges are, and what the future holds for them.

Eppela is the leading platform in the reward-based segment in Italy, a Country that more in general has been experiencing a growing interest in crowdfunding for the last two years.

Indeed, there are plenty of data to confirm crowdfunding is finally taking off in Italy. For instance, recent ones from Statista (pictured below) reveal a steady increase in the value of Italian crowdfunding financing as the collected amount more than doubled passing from 12 million Euros (£10,595,799) in October 2015 to 24.7 million Euros (£21,809,686) in January 2017.

Yet equity crowdfunding still remains a niche even though a new regulatory approach by Consob [the Italian financial markets regulator] promises to give the segment a boost.

“Running a crowdfunding campaign is part art and part science.”

Oliver*: Hello Francesco and thank you for joining Oliver*. How are you doing?

F: We are experiencing a positive trend in the market so it’s positive news for us.

O*: How many project proposals do you usually reject?

F: I would say 4 in 5 even though we tend to help those ones which are not immediately allowed to get on our platform but we think have a great potential to succeed.

O*: So why don’t accept them straight away?

F: We have a kind of set of tight rules as well as a truly experienced team which adds a layer of confidence for us to run the risk of losing clients.

F: Well, we give them all the support they need in order to improve their proposal and get ready to start their campaign. This approach enable us to stay consistent with our business approach and to organically grow by keeping the failure rate low.

O*: Do you run just campaigns or enrich your business model with collateral activities?

F: We partner with big corporations as well.

F: We always look for partners in order to promote crowdfunding as an additional tool to marketing and communication.

F: We see crowdfunding as a way to disrupt the traditional marcomms [marketing and communication] approach. We work with companies developing a sort of unconventional marketing based on storytelling with the aim of creating a community around someone’s project. The value of this relies on the fact that, especially for a market like ours, generating empathy is pivotal to manage risks related to the launch of a new product or a new service, for example.

O*: What’s the response of the market from your experience?

F: It’s not as easy as someone could think to engage with big organizations. Most of the time, especially among corporations, there is a lack of innovation due to the tendency to preserve the status quo. Hence, in our case, prior to find the right partner we usually spend a huge amount of time in meeting top managers across the Country trying to convince them to leverage crowdfunding for their marketing activities. Eventually, when we get to find the right fit then magic happens.

F: That includes the likes of the Italian branch of Vodafone Foundation as well as Peroni’s Nastro Azzurro and Poste Italiane [the leading Italian postal service] to name but a few.

O*: Apart from that which is quite usual, I guess, what are the main hurdles you have to overcome as to fuel your strategic plans?

F: What I can say is that crowdfunding comes as a bit of a cultural revolution in Italy. In other words, Italians are not used to investing in other’s people business.

F: I think it is all about habits. Take for instance Americans: they are used to buying stuff via TV as well as online. In fact, broadening our view to the whole platform ecosystem, in the US there is a very mature e-commerce industry compared to Italy. But we are patient and persistent.

O*: What are the current trends in the Italian market?

F: I see that culture, social impact and more in general civic crowdfunding will play a massive role in the development of the sector. On top of this, I think it would be worth start working with banks as well.

O*: What do you do to catch up with these trends?

F: We have supported a number of civic projects. For instance, we have hosted several campaigns in collaboration with ANCI (the National Association of Italian Municipalities) in the aftermath of the terrible earthquakes in August 2016 and October 2016.

O*: What’s the main limitation of the Italian market?

F: In Italy there are currently 76 crowdfunding platforms. I guess the market needs to go towards a consolidation phase in order to better its offer. To me, it’s all about the sustainability of the industry.

O*: What does the future hold for you?

F: We want to be best in class in our segment in the local market first.

O*: So you are not planning to go abroad, aren’t you?

F: Not at the moment, there is still plenty to do here.